Legendary Footprints – A breathtaking journey into space following in the tracks of the Apollo missions, from the rocket launch up to their return on earth.

“First Step” is at once both a VR documentary and a fairy tale, telling the magical story of a dream come true: the Apollo missions. Experience the elevator ride as you rise up alongside the steaming rocket and then, have a look inside the cramped capsule of the command module. See the missions, from their impressive launch, all the way through to their return from a new perspective. After landing on the moon, viewers find themselves gazing at lunar panoramas – thoroughly re-created from archive photos of the former Apollo 17 mission.

A captivating film with photorealistic settings of exceptional richness of detail, reconstructed in 3D on basis of original NASA data & with expert advice of ESA. 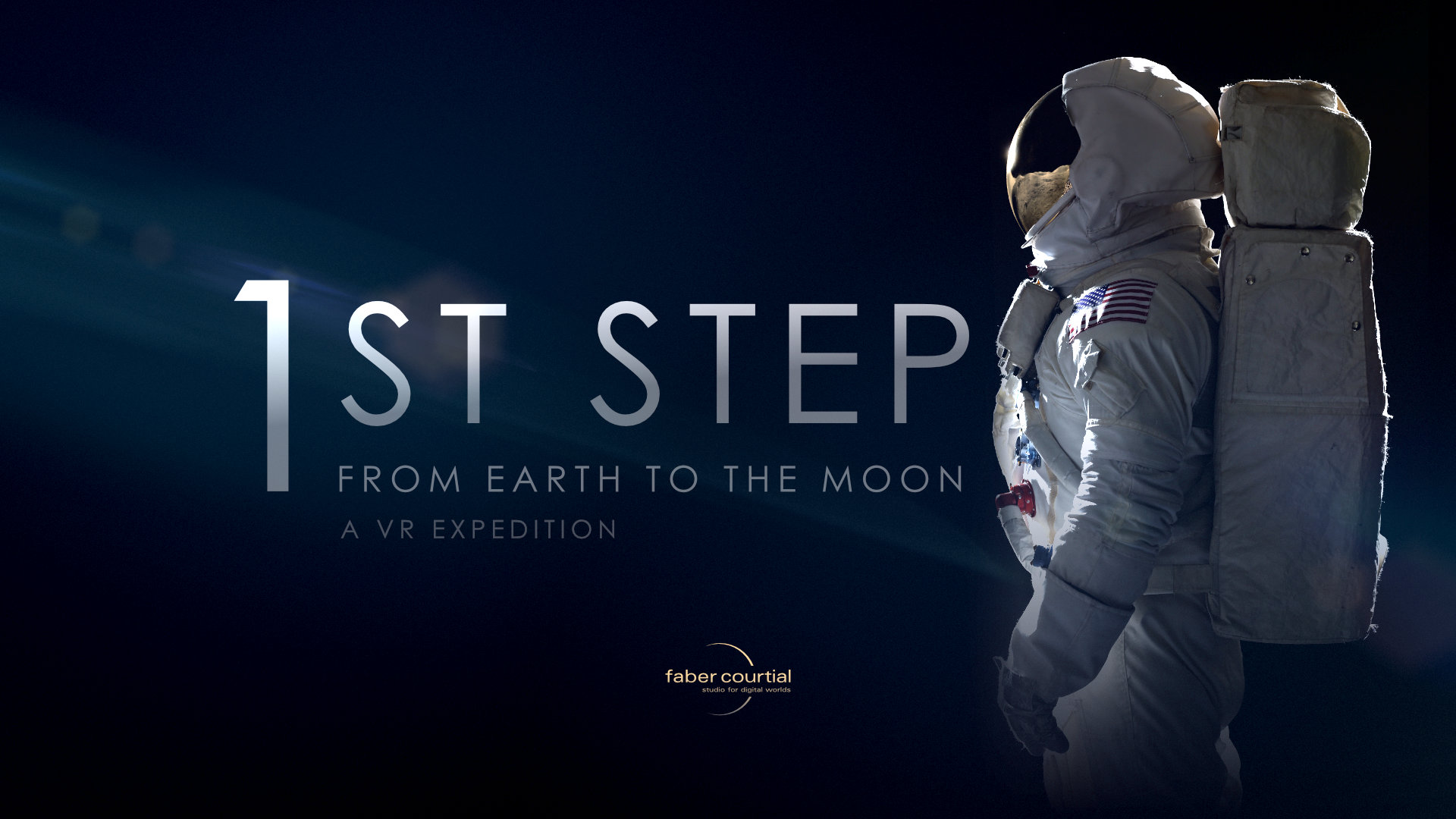 It was a miracle

It was a very daring thought – a vision. There was no aircraft in existence capable of flying that far. But huge advancements were made within the space of just a few years.

Flying to the moon

An army of people, including the brightest minds of their time, worked on it. People named the project of flying to the Moon after a Greek-Roman god: Apollo.

Man did not travel to the Moon just to set foot on it – although that alone would have been reason enough. After all humans are beings of curiosity, who always want to know what’s hiding over the horizon.