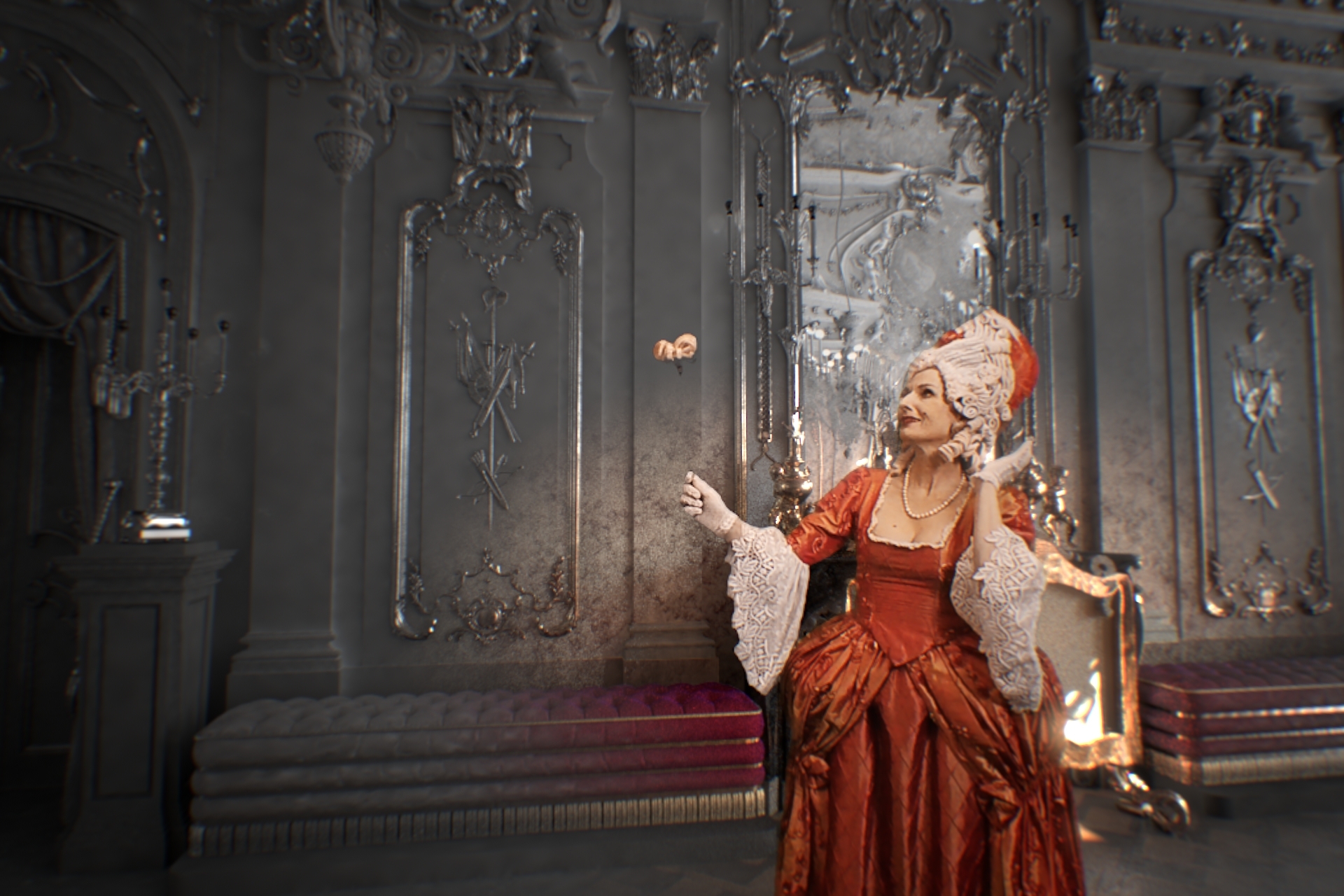 Virtual time travel back to Baroque

This Eastern, the renowned Castle Karlsruhe / Germany opens the doors to its famous “Marble Hall”! Via an enthralling VR time travel, created by our studio Faber Courtial, the visitors attend an audience of a very special kind: they are welcomed by entertainer Annette Postel in the role of a “Tulip Girl”, chatting animatedly about the castle, its former inhabitants and its moving history.

For the film, the marble hall in all its beauty was digitally reconstructed in 3D – down to the smallest detail – on basis of numerous archive photographs. The result: a highly authentic picture of the hall’s past – as baroque ballroom , as ruin after destruction in WW II and as modern museum in the 60s.

This site uses cookies. By continuing to browse the site, you are agreeing to our use of cookies.